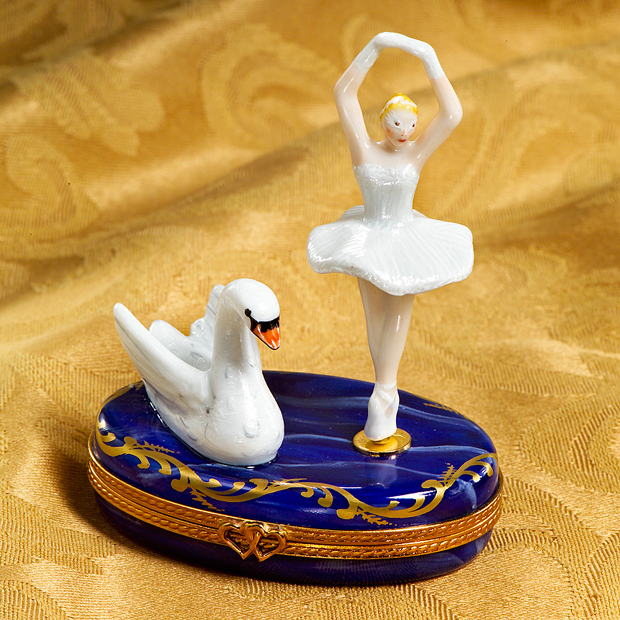 The origin of ballet can be traced to the Italian Renaissance. At court events, dance masters would teach noblemen and women dance steps for entertainment. Italian noblewoman, Catherine de Medici married King Henry II and brought her love for dance to France. In 1581, court musician and choreographer Balthasar de Beaujoyeulx created the first ballet called The Queen’s Comic Ballet. Ballet became a pastime for the French court and reached its peak under Louis XIV. Louis XIV established two academies that launched another phase of development for ballet. In 1661, Academie Royale de Danse was formed to preserve the classical school of the noble dance. In 1669, the Academie Royale de Musique was formed to present opera. In 1672, these two academies combined and became the Paris Opera Ballet. Prestige ballet masters trained professionals that performed at the French Opera and the quality became renowned throughout Europe. Mlle de Lafontaine was the first female professional ballet dancer. She debuted in Jean-Baptiste Lully’s ballet, Le Triomphe de l’amour, at the Paris Opera in 1681. In 1751, Gaetan Vestris was appointed soloist after studying 3 years under Louis Dupre. He successfully performed for 30 years and played an important role in establishing ballet as an independent theatrical form. In 1760, choreographer Jean Georges Noverre was part of the Ballet d’action movement which focused on character and emotional expression rather than elaborate costumes. Noverre introduced this form to the Opera and prominent ballet masters became committed to this new style. Gaetan Vestris adapted this style and dedicated his career on performing it. The Limoges Ballet Slippers Opera Heart Box and the Limoges Paris Opera Book with Ballet Slippers Box have detailed paintings of the historical Paris Opera House that has stood strong since 1875 and is a fine example of 19th century architecture. The Limoges Little Ballerina with Piano Box is a great piece for those who collect miniature items!

During the 19th century, ballet gained popularity through the efforts of the ballet master, Pierre Gardel. He led the Opera Ballet from 1787 to 1827 and protected it from the disruption of the French Revolution. He was a valued teacher and director of the Opera’s Ballet School. Gardel choreographed many ballets from a wide variety of genres. During this period in Italy, the outstanding choreographer Salvatore Vigano headed highly dramatic ballets based on historical and mythological themes as well as Shakespearean plays. With the defeat of Napoleon in 1815, ballet became part of the romanticism movement. German composer Giacomo Meyerbeer, with the assistance of Eugene Scribe, composed the French opera, Robert le Diable, in 1831. This opera was extremely lavish and appealed to the romantic taste for medievalism, the supernatural and the macabre. Debuting in 1832, Italian dancer Marie Taglioni, was one of the first women to dance on the extreme tips of her toes and created a new style marked by floating leaps. Her garment made with a fitted bodice and airy skirt was the prototype for the tutu. Taglioni’s style stood out among the other dancers and it’s been said that her dancing touched the soul. Her technique allowed female dancers to dominate the stage during the golden age of ballet from 1830 to 1850. The Limoges Ballet Slippers Box is a beautiful tribute to ballet dancers everywhere who are able to dance on the tips of their toes! The Limoges Ballerina on Stage Box has bold brown molding atop the box and red painted curtains pulled off to the side of the stage, showcasing the little ballerina dancing center.

At the end of the 19th century, the center of ballet moved to St. Petersburg, Russia where it was supported well by the tsar. The Russian Imperial Ballet paid great attention to training its dancers and commissioned some of the greatest ballet masters such as Arthur Saint-Leon, Jules Perrot, and Marius Petipa. Ballet dancers such as Enrico Cecchetti and Christian Johansson formed the foundation of the Russian Ballet school. Cecchetti was an Italian dancer who developed a brilliant technique and was noted for his pirouettes He taught many dancers of the Imperial Russian Ballet between 1890 and 1902. Johansson was Swedish born and a principal teacher at the Imperial Ballet School. He devoted his life to the school and was a long-distinguished dancer. His technique was nothing less than perfection. Johansson provided a firm base to the Russian style with the methods he learned from Danish ballet master, August Bournonville. The Limoges Nutcracker Ballet Theater Box is a uniquely shaped and showcases Tchaikovsky’s infamous ballet. The Limoges Ballerina in White with Black Swan Box is a striking museum quality piece that displays a graceful ballerina and black swan to represent another popular ballet by Tchaikovsky.  The Limoges Swan Lake Ballerina Box with Ballet Slippers is nicely shaped with tall broad-leafed grass cupping a blue lake with a white swan and ballerina in the fifth position ballet pose.

In 1909, Russian manager, Serge Diaghilev founded the Ballet Russes in Paris. This dance company included prominent dancers from the Imperial Ballet such as Anna Pavlova and Vaslav Nijinsky. After WWI, the Ballet Russes remained prestigious and unabated until Diaghilev’s death in 1929. The dancers from this company went on to establish Russian-style training in the West. Even though Ballet Russes disbanded, Diaghilev’s legacy revived ballet and major companies subsequently flourished due to his vision. In the struggle between military forces of WWII, Ballet has represented and challenged the great powers. Ballet emerged from the ruins of Europe post WWII. It was used as an abstract art as well as socialist art. Each part of the world had its own style of representation. Traditional and contemporary styles of ballet have continued to be performed by companies of different sizes. The centuries of adapted styles and cultures influence the stages of today and will continue for years to come.  The Limoges Ballerina in Pink Dress Box has a young ballerina posed on a stool in her pink tutu and high bun. This is a great gift for any inspiring ballerina!  The Limoges Pink Ballerina Crab Box has a lovely scene of a ballerina dancing on stage painted on top and includes a loose porcelain star fish. 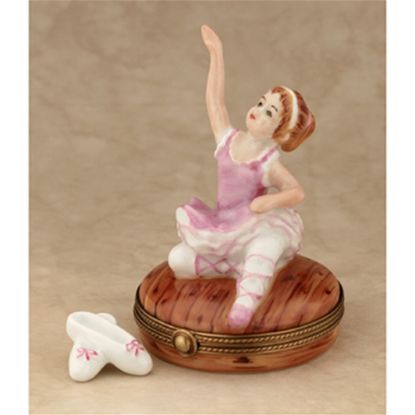 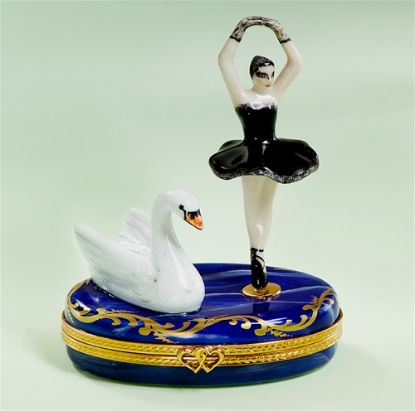 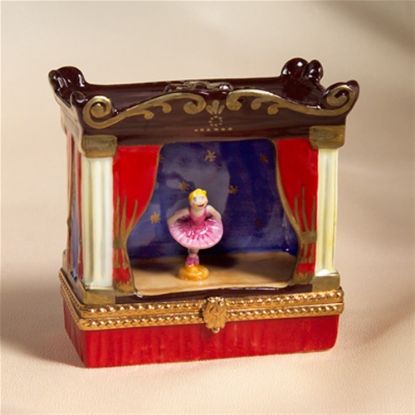 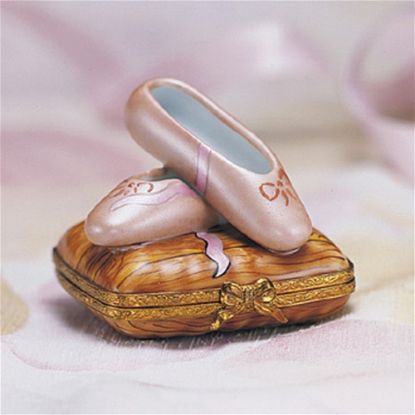 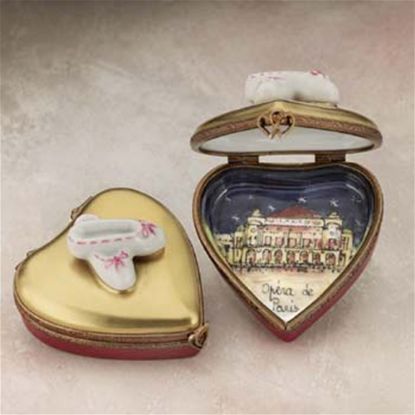 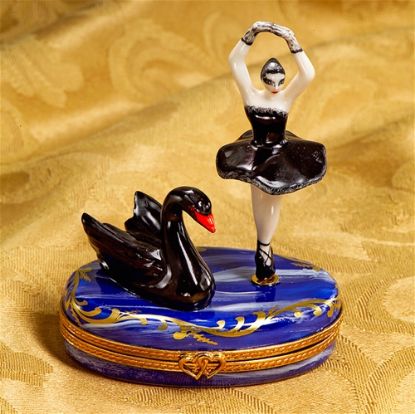 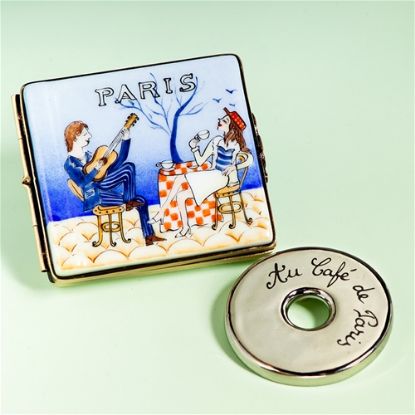 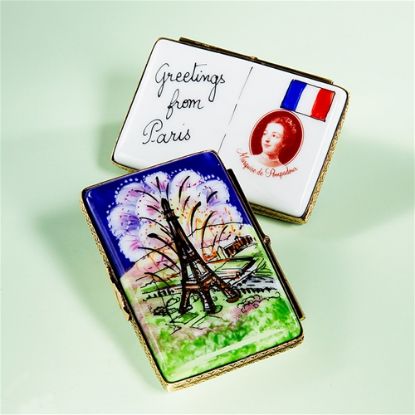 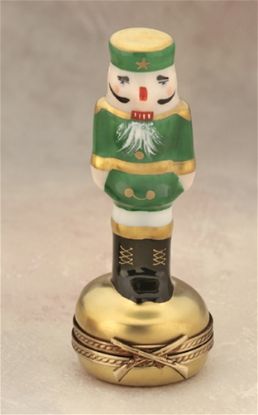 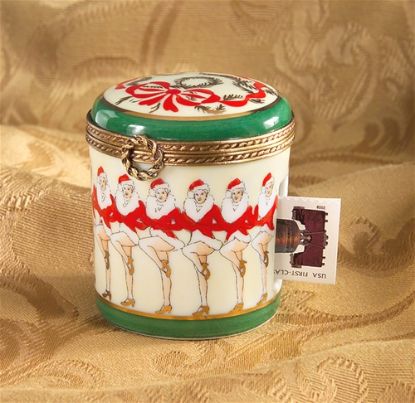 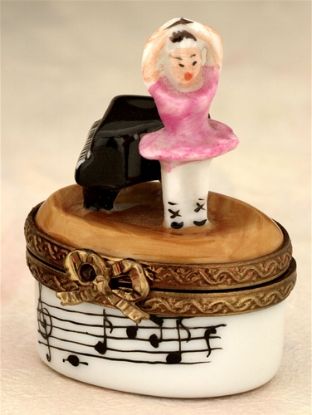 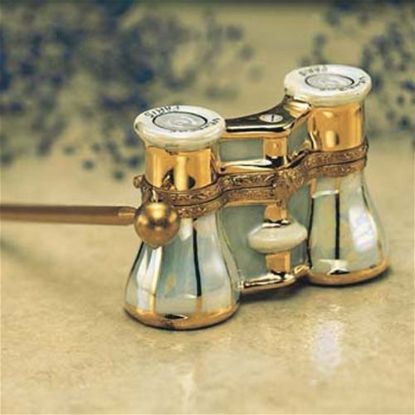 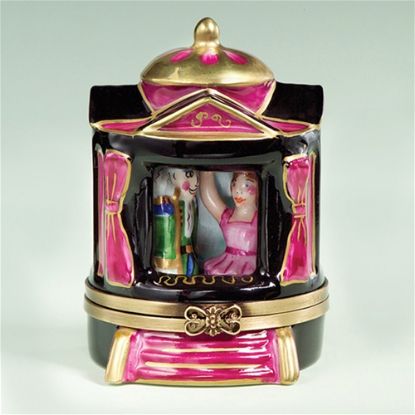 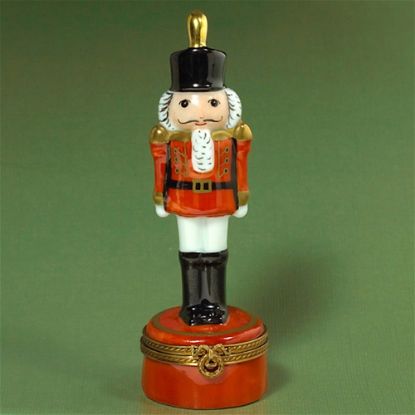 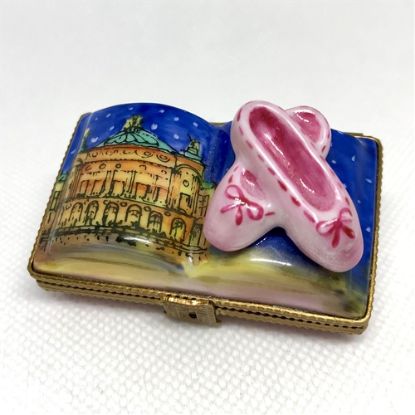 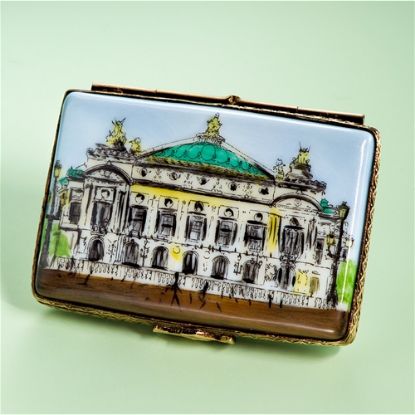 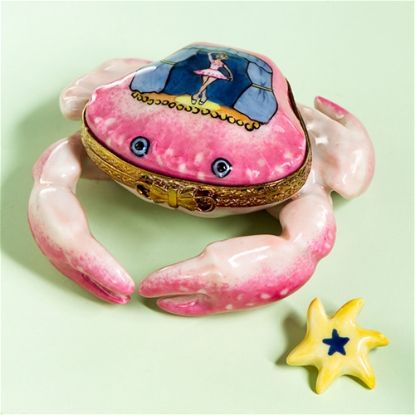 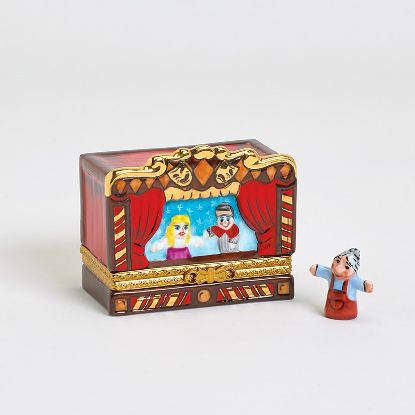 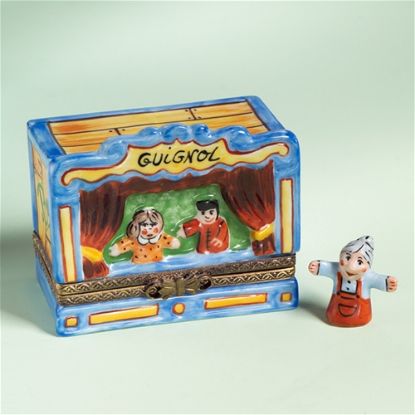 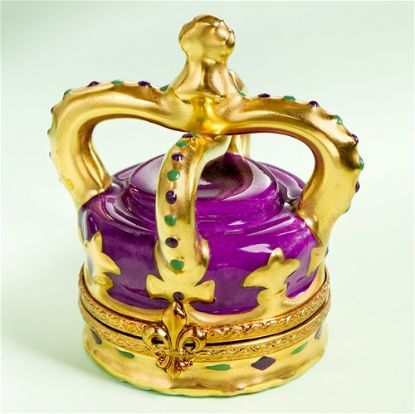 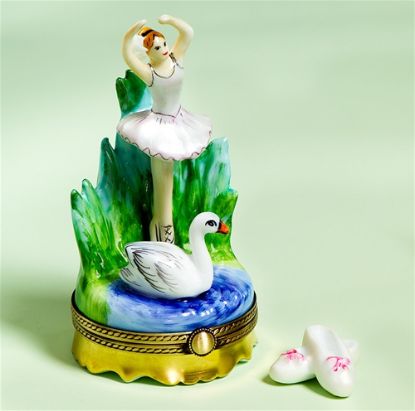