The tart dates back to the mid-15th century in the form of the Italian crostata which is a free-form version of an open fruit tart. In the Middle Ages, tarts were filled with meats but later versions often had fruit and custard. These tarts were sweet and savory. There is even a legend that says the tart was invented by two unmarried French sisters who ran a hotel in the 1880s. The sisters were left penniless when their father passed away. They lived across from the new railroad station at Lamotte-Beuvron. The sisters took in travelers and baked dark apple tarts that their father loved. The name of the tart is Tarte des Demoiselles Tatin. The Hotel Tatin remains there today and they still serve caramelized apple tarts. The Limoges Apple Tarte Recipe Book Box has painted apples, flour bag, and a bowl of eggs with a 3D porcelain spoon on top. The Limoges Grandma Strawberry Tarte Box and Limoges Grandma Blueberries Tarte Box have a blue/green and gold painted plate with a 3D crafted tarte on top. These items would make great gifts for anyone who enjoys baking or treats! 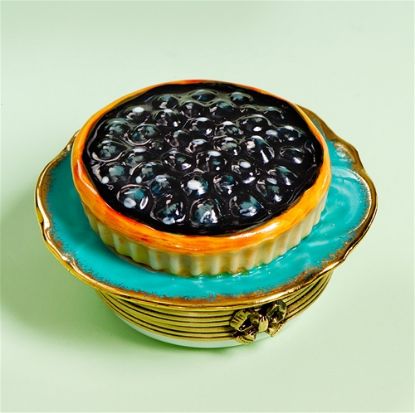 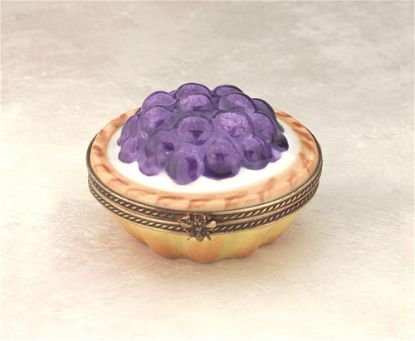 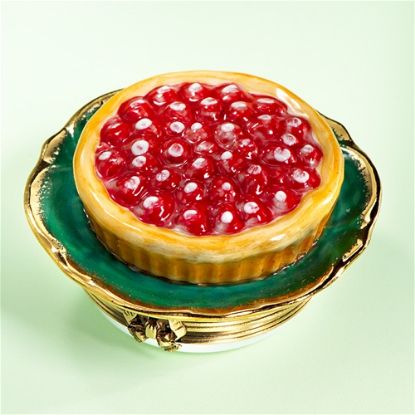 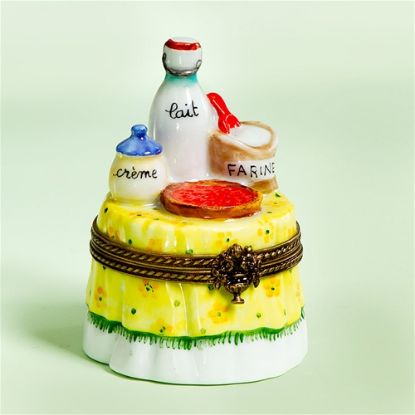