The Cottage Shop offers a variety of Limoges Elephant Boxes. The elephant is the largest living land animal. It is known for its distinctive long trunk, flat ears and columnar legs. Elephants are found mostly in savannas, grasslands and forests. They are also known to occupy deserts, swamps and the highlands in tropical and subtropical regions of Asian and Africa. The Bush elephant which is also known as the African savanna elephant lives in rainforests. It weighs up to 9 tons and stands about 10-13 feet tall. The Asian elephant can weight up to 6 tons and stands up to 12 feet. The elephant’s trunk is one of the most versatile organs among mammals. The trunk is a combination of the upper lip and nose. The adult male’s trunk alone can weight up to 290 pounds and is capable of lifting 550 pounds. The trunk is an extremely complex network of muscle fascicles that provide movement. Elephants use their trunk like a hand. They are able to pinch and grab with it. They are also able to hold a branch and scratch themselves where their trunk is unable to reach. Elephants also use their trunk to greet each other like a handshake. The vital functions of the trunk are breathing, drinking and eating. Elephants can drink up to 2.6 gallons of water by sucking it up into their trunk and squirting it into their mouth. Elephants produce two types of vocalization through their trunk. They modify the size of the nostrils as air passes through and it creates low sounds and high sounds. Elephant tusks are enlarged incisor teeth. Both male and female African elephants possess tusks. Male Asian elephants typically have tusks but some do not. Size and shape are inherited and are used for offense, defense, digging, lifting and stripping bark. Elephants live in groups led by an elder female. The groups join together where they have plenty of food and water. The males live apart in bachelor herds. The gestation period of an elephant ranges from 18-22 months. This is the longest gestation of any mammal. A newborn elephant is about 220 pounds and around 3 feet tall. The elephant’s life expectancy in captivity is 80 years but only 60 years in the wild.

The Limoges African Elephant Box is painted a shade of gray with large tusks. This item has a beautifully crafted elephant clasp and a savanna painted base.

The Limoges Baby Jungle Elephant Box is a stunning miniature item with a jungle landscape painted base and mini gray elephant on top.

Elephants have been an important part of ceremonies for centuries. They are seen as divine symbols of luck and wisdom. The earliest records depicting tamed elephants date back to the 3rd millennium BCE by the Indus civilization. Stone carvings of elephants wearing cloth on their backs were found at Mohenjo-daro and Harappa, Pakistan. Elephants were mounted for royalty and held in high esteem for religious purposes. Elephants in Hinduism and the Indian culture represent intellectual strength. Elephants are sacred animals and are seen as representations of the diety, Ganesha. Ganesha is depicted with an elephant head and is the patron of intellectuals, bankers, scribes, and authors. The Hindu king of the gods, Indra, is depicted riding his white elephant, Airavata. The Thai version of Airavata is Erawan. Erawan is depicted as a huge elephant with 3 or sometimes 33 heads. In the Kamba tribe of Kenya, they believe elephants were once human and that is why they are so intelligent.

The Limoges Chamart Elephant with Tassels Box is decorated with painted tassels on a red-orange base. This item would complement any museum collection!

The Limoges Blue White Elephant Box is for those who are a fan of the white porcelain with blue under glaze ware introduced in the 9th century.

In ancient Rome, Carthage and Greece, elephants were used in warfare. They were impressive and lethal weapons that shocked their enemies. Elephants were dressed in armor which protected their heads. Thick leather or sacking was placed on their backs to protect their sides. Iron points were put on their tusks and bells hung to create noise. Following the conquests of Alexander the Great in the 4th century BCE, elephants became known throughout Europe. He was so impressed with the war elephants of the Indian ruler Porus that he formed his own ceremonial elephant corps. His successors employed the elephants to battle properly. Elephants were only available in Africa and Asia and were an expensive commodity. The costs for obtaining and maintaining the elephants were great. In 305 BCE, Seleukos I Nikator traded parts of his eastern empire to obtain 500 elephants from the Indian emperor Chandragupta. In 301 BCE, 475 elephants took part in the Battle of Ipsus during the Successor Wars. The Greek commander Pyrrhus employed 20 armed and armored elephants in his campaigns in Italy and Sicily from 280 to 275 BCE. He gained notable victories against the Romans in 280 BCE and 279 BCE. In the mid to late 3rd century BCE, elephant corps were used in the First and Second Punic Wars against Rome. The young commander, Hannibal, left Spain in 218 BCE with 37 elephants. He crossed the Alps and arrived in Italy with only his personal elephant to survive. Hannibal obtained replacements and used elephants at the siege of Capua in 211 BCE. In the 2nd century BCE, the ruler of Sri Lanka, King Dutugamunu, mounted his trusty companion, his elephant Kandula, and defeated King Elara. The year of the Hirja in 622 A.D., the Christian ruler Yemeni attempted to invade Mecca and destroy the Kaaba but according to Islamic tradition the lead elephant halted at the border and refused to enter. As weapons evolved, the effectiveness of the war elephant diminished. Soldiers were better equipped to fight against them. In time, the use of elephants was restricted to activities such as spectacles in Roman arenas and circuses for entertainment.

The Limoges Mini Elephant Box has embroidered gold and orange armor over the head and back with a crafted elephant clasp.

During the late Roman Empire, elephants were given as gifts to improve diplomatic relations. King Henry III of England was given an African elephant by King Louis IX of France. Henry III commissioned the Sheriff of London to build a 40x20 foot house for his elephant. Crowds flocked to see it. Sadly the elephant passed away 2 years later because he was given too much red wine. In 1514, King Manuel I of Portugal gave Pope Leo X a white Indian elephant covered in gold brocade carrying a silver safe with precious gifts on top. The grand procession arrived and the elephant sprayed water at the onlookers. Pope Leo was delighted with the elephant and he continued to make appearances at various Roman festivals until the elephant’s death in 1516. In 1861, the elephant known as Jumbo was captured and taken to the London Zoological Society by the French zoo. The bull elephant quickly became a popular attraction and won the heart of the devoted fan, Queen Victoria. In 1882, the zoo sold Jumbo to American showman P.T. Barnum for $10,000. Jumbo was the star of the Barnum & Bailey Circus until his death in 1885. He was struck and killed in a rail-yard accident in Ontario. Barnum continued to profit from Jumbo’s skeleton remains. In 2016, the Ringling Bros and Barnum & Bailey Circus stopped using elephants in their performances and retired them to a 200-acre sanctuary in Central Florida.

The Limoges Two Elephants Box is a precious item with crafted elephant clasps and a jungle painted base.

The Limoges Elephant with Man Box has a painted orange saddle cloth draped over the back with flowers.

In the 1874 Harper’s Weekly cartoon, Thomas Nast published “The Third-Term Panic” which mocked the New York Herald for spreading rumors of a third term for President Ulysses Grant. Nast depicted an elephant labeled “the Republican vote”. He continued to employ the elephant to represent the Republicans in additional cartoons during the 1870s. This prompted other cartoonists to continue using the elephant to symbolize the Republican Party.

The Limoges Elephant on USA Flag Drum Box is painted with a proud American flag on it’s back and a red, white and blue striped base.

The Limoges Elephant on USA Flag Box has a wavy molded top and a crafted star clasp.

Elephants were used in drafting and industry. Elephants are effective laborers. They are able to uproot trees, move large logs and are capable of heavy lifting. In ancient times, they were even used as executioners by crushing condemned people to death. Elephants are also used as a transport during hunting since they fit in naturally with other wild animals and are large against many other predators. In 1942, the Japanese used elephants to build roads and fortifications when they invaded Burma.

Elephants are used in children’s stories and cartoons. The iconic story about a baby elephant with very large ears named Dumbo has been a heart-felt fan favorite for decades. Before Walt Disney purchased all intellectual property rights of this story idea in 1939, Roll-A-Book Publishers, Inc. acquired the rights from author Helen Aberson and her husband, Harold Pearl. The story was meant to be published in the scrolling-book format. Helen Aberson’s son believed that the story was a metaphor for his own mother’s experience. Helen was first generation Russian American. Her Jewish family struggled through poverty and bigotry while trying to make its way in America. Disney Productions turned her story into a success. The animated film was released in 1941 and Tim Burton directed the live-action film that was released in 2019. This story will tug on the heart strings for years to come.

The Limoges Santa Elephant Pilot Box has a crafted Santa Clause clasp and would make a great gift for a child!

In 1899, French writer and illustrator Jean de Brunhoff published the first book starring the heroic elephant, Babar. L’Histoire de Babar, le petit elephant featured a young elephant that runs away to town after his mother is shot by hunters. Eventually, he returns to the forest and is crowned king. Jean published 4 other books in the series and his son published two additional books after his father’s death. These books were translated into many other languages. In 1989, Babar was produced into a television series by Nelvana Limited and Clifford Ross Company in Toronto, Canada. The 78 episodes broadcasted in 30 languages in over 150 countries. This story teaches children that despite life’s challenges, great things are always possible.

The Limoges Babar Children Elephant on Stars Box is decorated in a painted suit jacket with a base painted with red and blue stars.

Elephants are listed as vulnerable by the International Union for the Conservation of Nature and Natural Resources. According to the U.S. Endangered Species Act, African elephants are an endangered species. Elephants have been poached for their ivory tusks which have been used to make piano keys, billiards balls, and other items used for human enjoyment. In 1989, the Convention on International Trade in Endangered Species of Wild Fauna and Flora banned the international commercial trade in elephant ivory. In 2018, China banned domestic trade of elephant ivory. They were the largest market for ivory but since the domestic trade ban, the desire for ivory has dropped and wholesale prices have declined. Elephants help maintain biodiversity of ecosystems for other species by making pathways in dense forested areas and their foot prints fill with water to provide homes for organisms. Elephants are losing their habitats as human settlements expand. In Africa, 20% of the elephant habitat is under formal protection and 70% of wild elephants in Asia live outside protected areas. National protected areas and parks may be the only chance of survival for elephants. 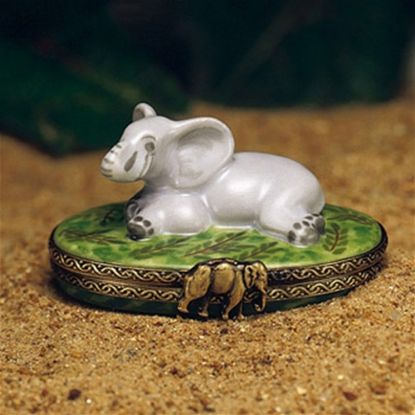 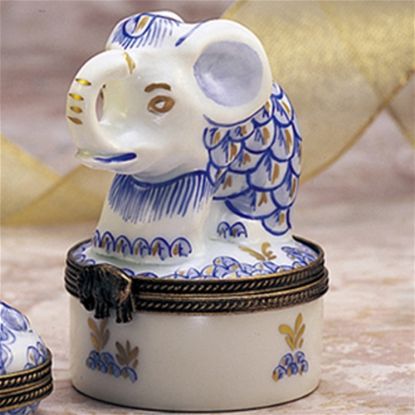 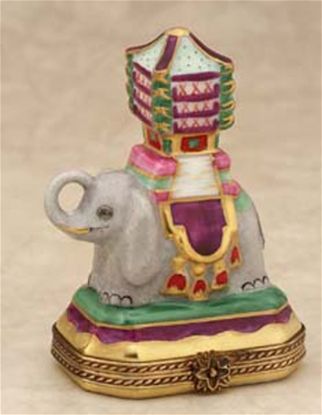 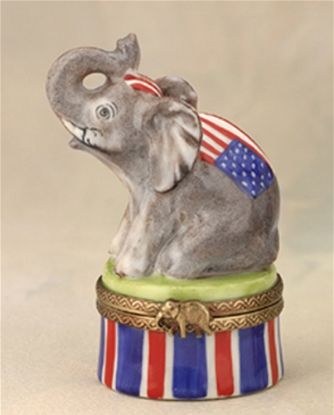 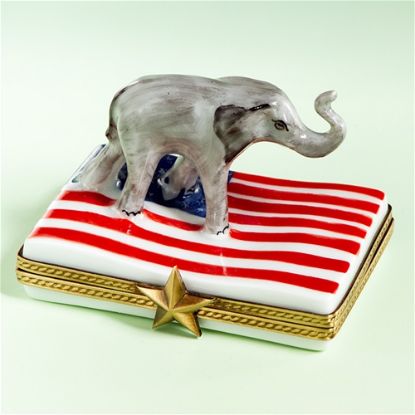 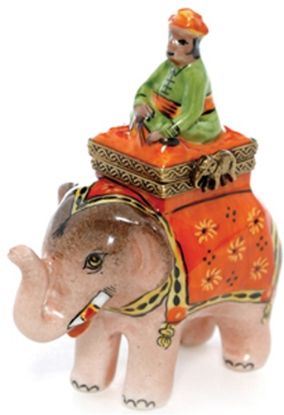 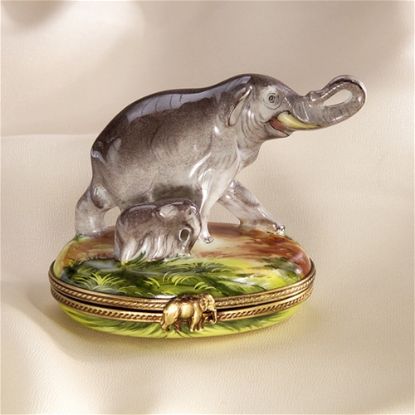 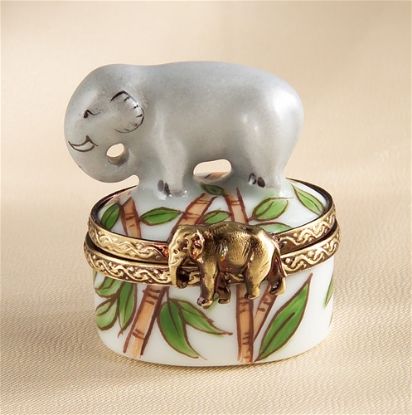 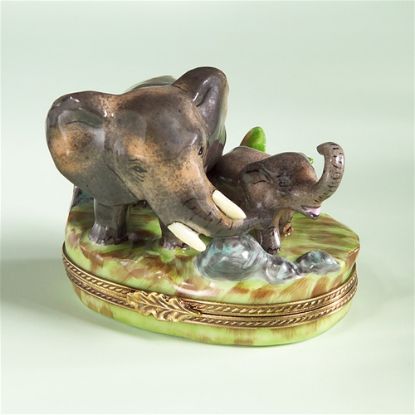 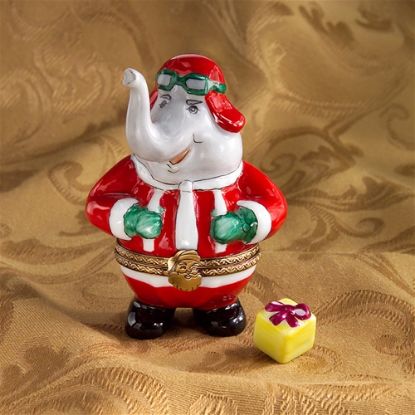 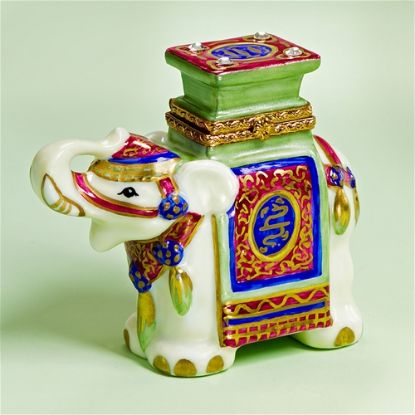 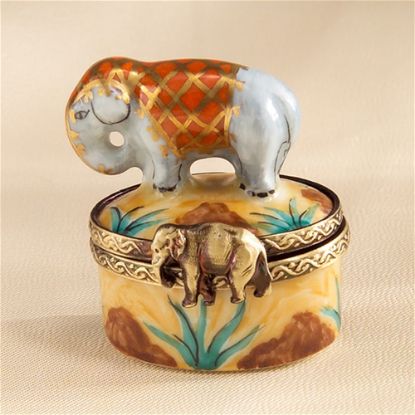 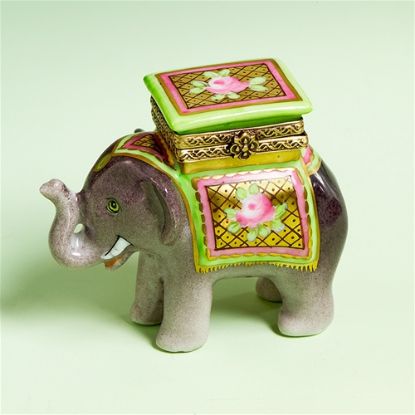 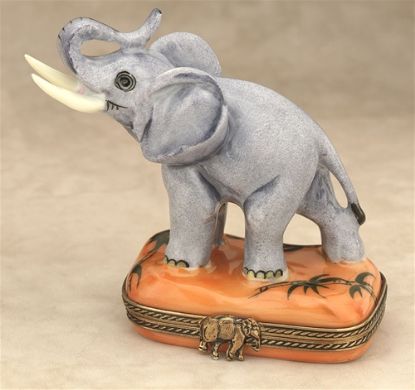 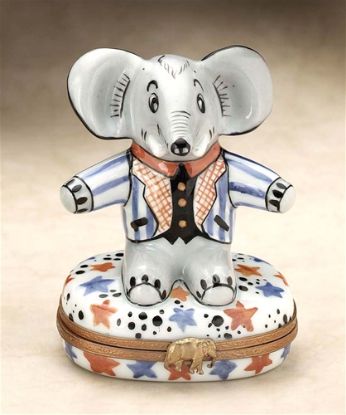 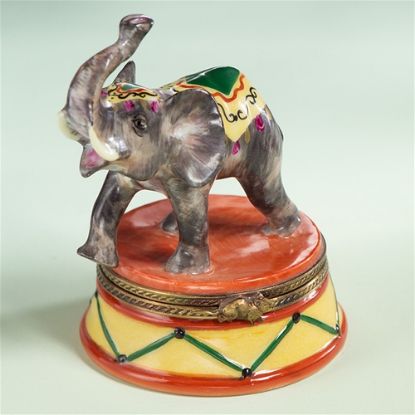 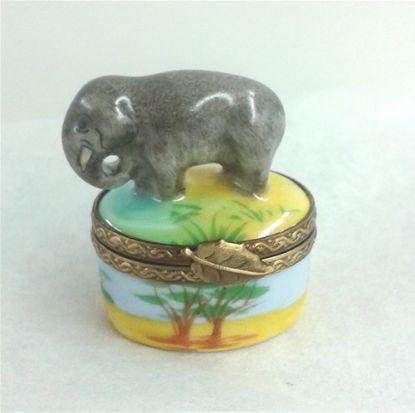 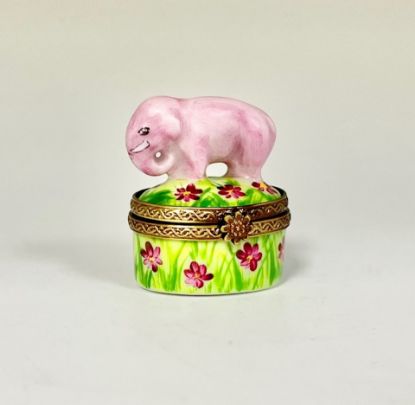 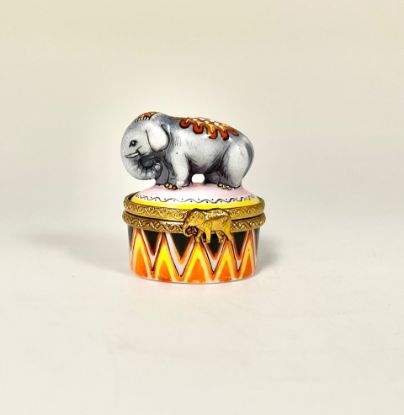 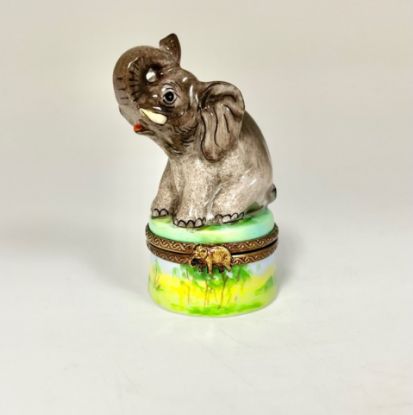